Harringay – I turn my back and look what happens! 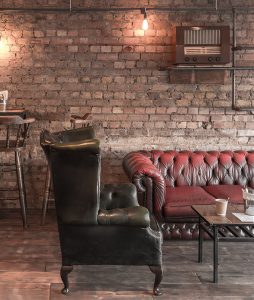 Jam In A Jar

Almost overnight, Harringay Green Lanes has gone from a one-pub drinking wasteland to a multi-bar drag. I didn’t even see it coming.

The Finsbury, opposite Finsbury Park and near Manor House tube, is at the southern end of Harringay’s section of Green Lanes. It had a refit back in 2010, and has been serving fine pints and hosting reputable gigs and nights ever since. But venture further into Harringay? Are you sure???

Manor House is on the zone 2/3 borderline, and with the 29 from central London via Camden (and the 141 from London Bridge via Old St, and the 341 from Waterloo via Angel) heading straight up Green Lanes itself, Harringay is well and truly on the map. Harringay is part of Haringey borough: watch your spelling, yeah?

So although hardly a trek, it’s well worth the slight diversion. Because whether or not the gentrification of the area is complete, the mainstay of excellent Turkish food has been augmented with new bars, restaurants – and what amounts to a potentially rather enjoyable pub crawl.

Dating back to the late 19th century, the Salisbury (formerly a hotel and restaurant as well as a pub) is one of Green Lanes’ most notable landmarks. It was sympathetically restored a decade ago – all high ceilings, booths, ornate detailing and wrought iron entrances. Today it’s as solid as ever, loads of ales, loads of seating (get a booth if you can), decent food and events nights. Sunday is the quiz, and the back room plays host to all manner of one-offs.

Jam In A Jar

Opened in 2013, and mistaken by yours truly as a ‘pop-up’, thankfully Jam In A Jar seems here to stay. It’s BS-free. So the atmosphere that’s been ‘created’ here hasn’t really been created at all: it’s real. There’s a small bar with a decent selection of drinks including draft options, and a pretty impressive food offering. It doubles as a café by day, but come here on an evening Thursday to Sunday and things really kick off with superb live music: summer nights see big crowds spilling out onto the pavement. JIAJ is exactly what Harringay needed.

The Garden Ladder (named after Harringay’s ‘rungs’ of residential streets) closed in early 2014 and reopened with the calligraphic ‘Brouhaha’ lettering above its doors. Although previously a decent enough pub, atmosphere has been improved markedly, as has the general standard of interior décor, particularly around the bar. Wall-sized blackboards display very reasonable prices for a number of excellent draft offerings, and we’re told a food menu is soon to follow. Eran’s open mic night visits on Wednesdays.

Let’s agree to forgive B&B its crap name, because it serves supreme burgers, draft beers and cocktails, and has had the conviction to launch with some ambitious (I’m-not-going-home-yet-belch) opening hours. The décor’s great, the stereo is set to rock mode, and live music features on the little corner stage from Thursday through to Sunday eves. And, really, the burgers truly are quite something.

ANYTHING ELSE UP HERE?

Green Lanes is famed for its high-end Turkish restaurants, and nothing’s changed in that regard. Gokyuzu is often ranked amongst the best in London.

Add Blend, a relaxed but stylish, non-corporate, yummy mummy coffee den – and Autograf, a slick new Polish grill house – into the equation, and I’m sure I speak for a fair few Harringay residents when I say I don’t feel quite the same need to travel at weekends.