What a Lush experience, Captain 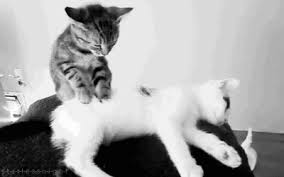 I’ve been known to complain. Like after my girlfriend and I had been shoehorned into a knackered old coach without a toilet for four hours on our return from a three-day festival. And when I ordered a new bath panel and nobody ever contacted me about it, or its absence, ever.

And even when I pay for something decent, it’s not unusual for it to come with a few ‘rough edges’.

So when I experience something good, I feel it’s my duty to at least make some small attempt to balance the scales by saying thanks. And ‘thanks’ is exactly what I said to LUSH Spa on Oxford Street (www.lush.co.uk) following my massage treatment there last week.

Some things to clear up nice and early:

1) I don’t get massages regularly. I haven’t had more than half a dozen in my life. This one was a gift, too.

2) I realise that ‘something good’ isn’t a particularly expressive assessment. I’ll expand.

I did some ‘personality trait’ exercise in an old job years ago, intended to uncover your ‘working style’ (see ‘explain to others why you’re so annoying’). ‘Maximiser’ was my top trait, as I recall. That meant that I was into perfection, or as near as possible; and optimising things that were already half-decent. I don’t think that’s changed much since. I find inconsistency hard to bear, and I’m gutted when little details ruin otherwise-excellent products, services or experiences.

‘The Good Hour’ is a reasonably (I haven’t got loads of grounds for comparison, admittedly) expensive 70-minute, full-body massage. But it proved to be much more than that. Get your mind out of the gutter, if that’s where it finds itself.

I walked into the unnecessarily hot, humid, and buzzing store, and down the stairs, as instructed in my informative pre-visit email, to look for the Spa. The apologetic staff swarmed around the till, flustered and struggling to process the gift card payment. But once all that was sorted, and I was led through the keypad-entry-guarded door, the day took on a calmer, quieter, softer hue.

Alana greeted me, took my bag and jacket, and talked me through what to expect, as we sat in the nautical kitchen slash sitting room setting. Water was provided and massage bars (oils in solid form) were described. Plumping for the cinnamon and peppermint one, I was shown my ‘cabin’ and asked to ring a bell when I was suitably undressed and comfortable.

As advised, the treatment was to take on a seafaring theme, and accordingly the setting was wooden, dark, distressed, and ornamented with bottles and framed pictures. An album of recently and expertly recorded versions of traditional sea shanties provided the treatment’s soundtrack, complete with creaking boards and coastal birdcalls.

Not one little thing distracted my fast-relaxing mind from the pleasure and occasional satisfying pain of the massage. And I’m an irritable f*cker, so that says something.

I went for a wee on the way out. The lavatory was decorated to the same theme as the treatment room.

I was given a cup of tea while slowly readjusting. I accepted the offer of a shot of rum in it.

I feared the pleasing and emotive aroma of the massage bar would soon be lost, and with it my memories of the experience. Another bar was given to me as a leaving gift.

No stone was left unturned.

And then it was back into the sweaty shop, and the nightmare of Oxford Street on a weekday lunchtime. But I’m sure, even now, if I close my eyes and try hard enough, I can be transported back to that starboard cabin. My kitchen floorboards creak, which helps.