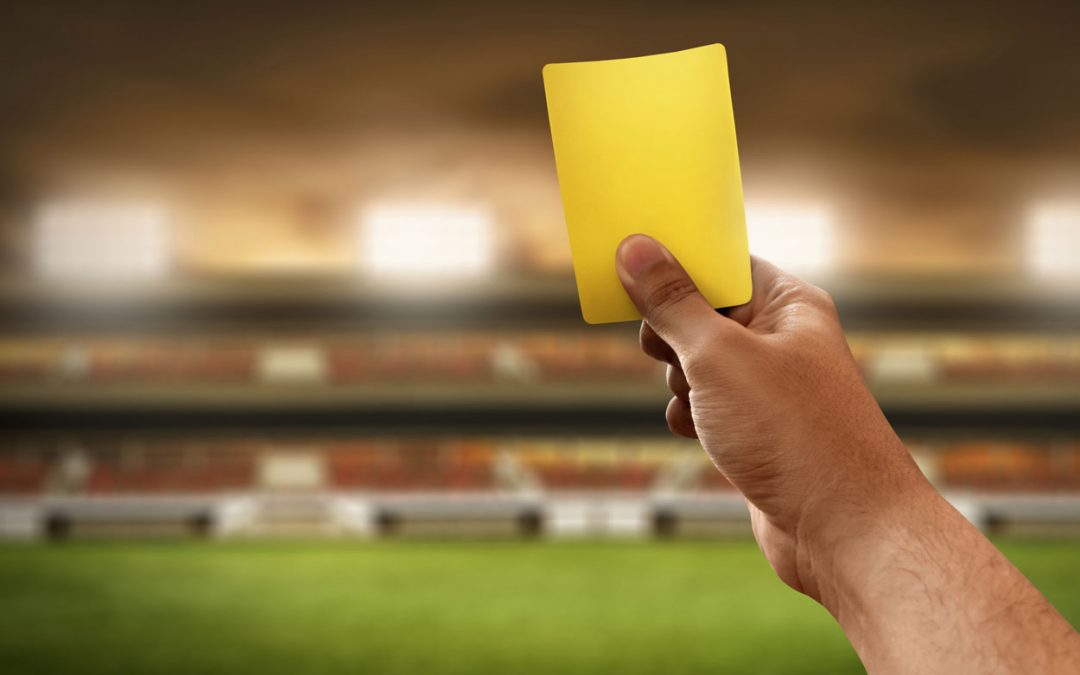 You been shootin’ yer mouth off, boy.

Well I have been moderately outspoken on the current handball rules and suggestions for updates, I admit. So it’s probably about time I put my proposals to the test.

Let’s have a look at some example situations – both imaginary and legendary – to see how THE NEW RULES would’ve been applied.

From the depths of my mind

A player in a defensive wall turns his back on a free-kick, and jumps with his hand in the air. The ball strikes it on its way towards goal.

What happens then, o great one?

This one results in a free-kick (or penalty) from where the offence took place and a yellow card for the player who handled. Free-kicks (and when trying to block a corner or throw-in from 10 yards) are incidents when the referee can rightly expect players to control their arms.

Just clearing my lines, son. Get out the way or I’ll take you along with the ball.

A goalkeeper comes out to try to foil an attacking player, and spreads himself. The ball comes off his hand and goes out of play… but it turns out he was 14.6cm outside the box.

First line of questioning: was it intentional?

If yes, he should be sent off. A penalty goal should be awarded if the ball was clearly going in, and a free-kick if not. (NB. it almost certainly wasn’t intentional within a couple of feet of the edge of the box, and at speed. In most situations like this, a penalty goal will suffice and the goalkeeper can be given the benefit of the doubt regarding intention.)

If it just came off an outstretched hand/arm. He’s essentially an outfield player, but I think it’s fair to expect him to control his arms in this situation. So if the attacker had shot – and the ball was on target – penalty goal and a yellow card. It the attacker was trying to take it around the keeper, or to square it to a teammate (i.e. a goal was likely) when it struck the goalie’s arm, then a free-kick and a yellow card.

If the ball hits keeps’ arms or hand when they were neatly tucked into his body, play on without punishment.

From the annals (snigger) of football

Let’s start with the situation that prompted the sharing of this encyclopedic study.

Ivan was defending a corner. It was whipped in and Blaise Matuidi, inches in front of Perisic, somehow managed to not touch the ball at all. Next thing you know it’s hit Ivan’s arm and gone out of play. On consulting VAR, the ref gives a penalty, Griezmann scores it, and France win the game 4-2.

And what would your rules have dictated then, Your Greatness?

No penalty and no punishment, as (possibly after consultation with VAR) the referee should be able to see that Perisic’s handling of the ball was not intentional (as an opponent he’d probably expected to contact the ball was so close to him), and did not prevent a definite goal or tap-in.

In the dying moments of the game, which was all square, Thierry Henry controlled a long ball from a free-kick with his hand, steered it onto his foot, and crossed for William Gallas to head in. The ref gave the goal. France won the game and went to the Finals. Ireland went home.

Free-kick to Ireland for intentional handball. And a yellow card for Tel for trying to gain a serious advantage via foul play. And maybe a week in Ireland wearing a ‘kick me’ note taped to the seat of his pantalons.

What did he bite?

Nothing, this time. But with seconds of the game to go, Chewy Luis – defending his own goal line ­– blocked a certain goal with his hand. A penalty was given, Suarez was sent off… and then Asamoah Gyan hit the bar. The game went to penalties, Uruguay won it, and their players and manager boasted of ‘quick thinking’ and ‘the best save of the tournament’.

What should have happened?

Although it was slightly unpleasantly managed, the Uruguayans had a point in claiming Luis had ‘done the right thing’. With the rules of the game as they were, he single-handedly (nudge, wink) kept his nation in the tournament. The whole bally episode could’ve been sorted though with the award of a penalty goal.

Suarez should still have been sent off though.

Feel free to send me examples of further situations where justice possibly wasn’t done – or to test the strength of MY NEW RULES.

But otherwise… our study concludes here. Concisely handled, it wasn’t. Comprehensively, though? Probably not.